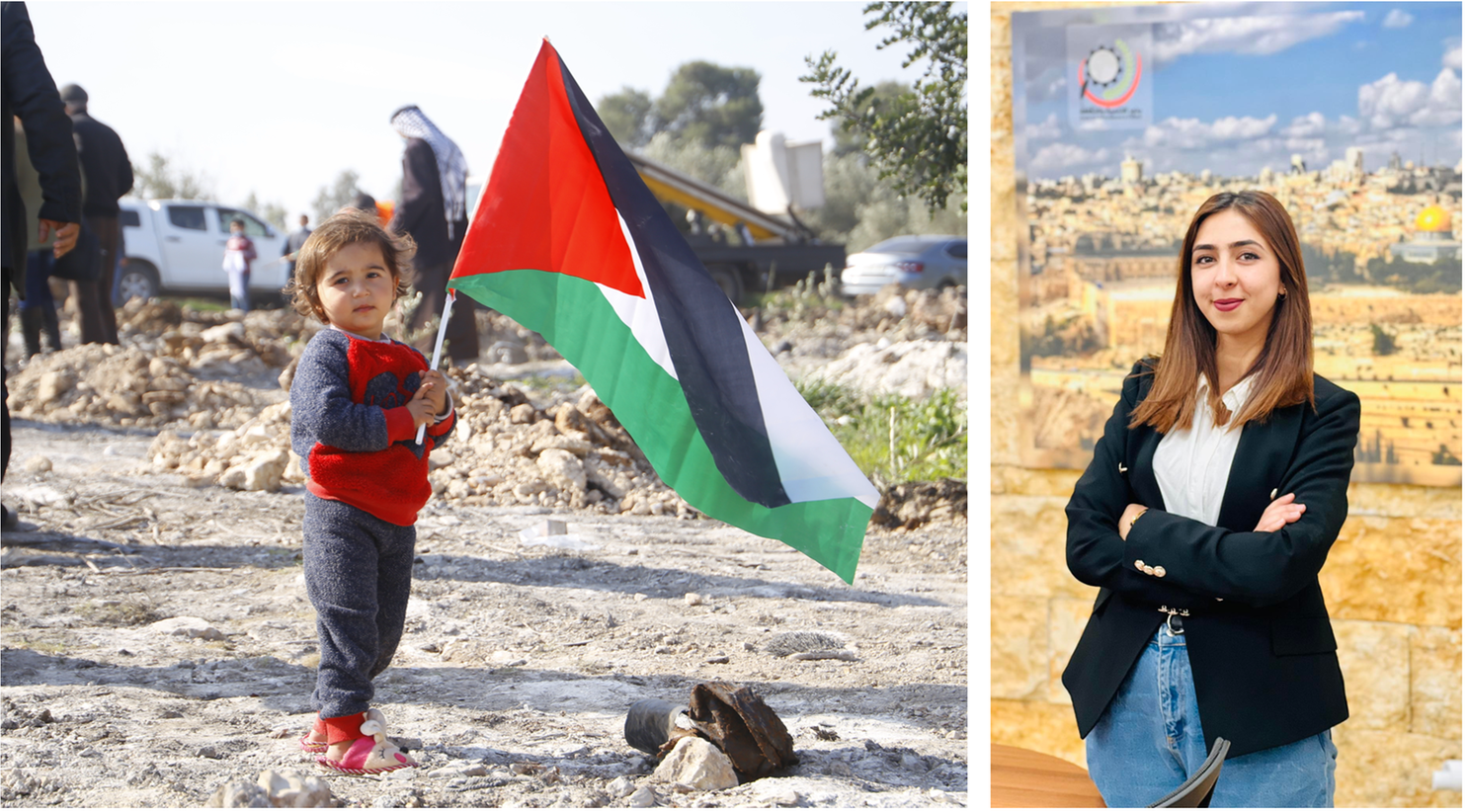 The life of a Palestinian child

Childrens situation in Palestine would never be accepted elsewhere. It's time for the world to take action! Najlaa Yamin, member of Fatah Youth, writes about her own experience from the life in Palestine.

Tears, blood, wounds, and pain. Words that summarize the life of Palestinian children who are suffering from the practices of Israeli state terrorism for more than seventy-four years. Children who were born in poverty and never got used to satiety. Instead, they tasted the bitterness of losing loved ones during raids of the occupier. They watch their small house demolished by bulldozers, and a curfew prevents them from ever reaching their schools.

They lose their childhood.

Like my cousin lost his. Ghaith Yamin was 16 years old when Israeli forces executed him in Nablus city on the 25th of May 2022. He was deprived of his dreams and hopes, and never had the chance to run after his ambitions. They didn’t wait for him to grow up, so they killed him at a young age.

He left us with his will.

But in our life it is normal to write a testament. Especially among youth.

Kids and teenagers expect to be murdered and killed by the apartheid-like government and the Israeli Occupation Force. According to the Defense for Children International Palestine (DCIP) records, 78 children (under 18 years) were martyred in 2021.

Moreover, Data from the Palestinian Prisoners Society indicated that the number of Palestinian prisoners and detainees in the Israeli occupation prisons reached about 4,400 prisoners by the end of February 2022, including 160 children, representing 3.6% of the total number of prisoners.

In executing these children, the occupation used several methods, including legalizing firing live bullets at them directly and leaving them to bleed out, even if the only thing they did was throw rocks on tanks. They steal their childhood by putting them in the Israeli Jails, like Ahmad Manasra who was arrested 6 years ago when he was 14. He lost his childhood being tortured in jail for a crime he didn’t even commit.

They want a weak and fragile generation that does not believe in their cause and does not sacrifice for the sake of Palestine.

The policy of killing children during the occupation is not new. It happened with the execution of the Muhammad al-Durra in the Gaza Strip, while he was in his father’s arms in front of the eyes and ears of the whole world in 2000, and it is not going to end with the killing of Zaid Ghnaim 15-years old who got murdered in 28th, May 2022 in Bethlehem. It is a long and terrifying record of criminal offenses against Palestinian children.

These criminal records are the behavior of the Israeli criminal occupation against the Palestinians, particularly the children, which is incompatible with all human and international values, morals, and norms.

In this way, the occupation wants to plant terror and fear in the hearts and souls of the new generations. They want a weak and fragile generation that does not believe in their cause and does not sacrifice for the sake of Palestine.

But what the Israeli occupation does not know is that their brutality is the fuel inside all children who have tasted humiliation, and had their rights taken away from them, to fight until liberation.

Fighting against oppression becomes our duty.

One can not stand silent against continuous human rights violations, one can not accept being treated less, and one can not normalize the killing of their children that is increasing every year.

In the end, I’m wondering what Israel has to do to Palestinians for the international court to condemn it the way it should. If systematic killing is not enough, killing journalists isn't enough, different laws for people who live in the same land, discrimination with providing natural resources, from water, electricity, and freedom of movement is not enough. What is?

If these abuses were in any other country, the world would take action. Why don't they do it for us Palestinians?