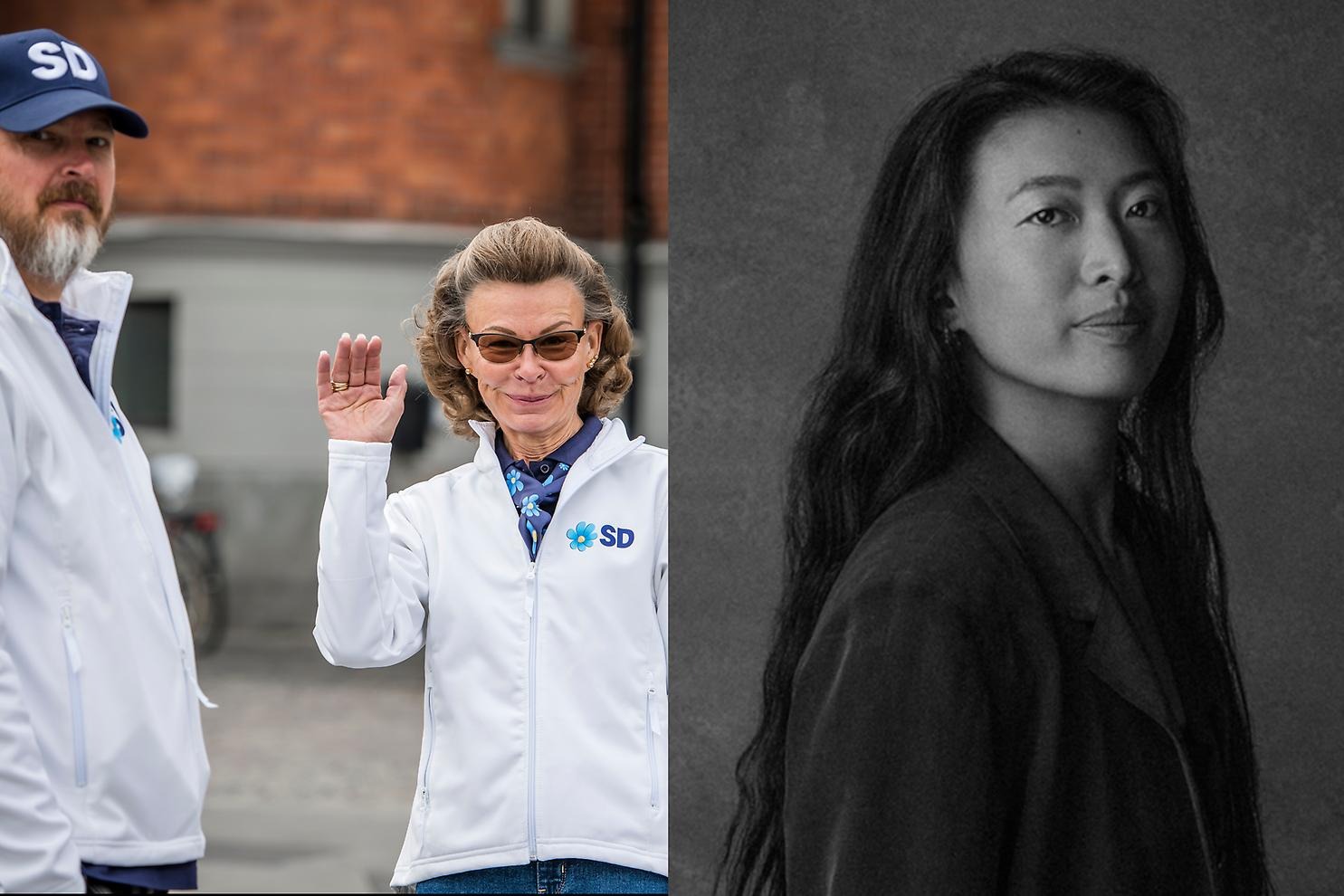 The swedish election did not surprise me

In the face of a more diverse society, the white Swedish hegemony prefers eroding its social democracy and climate initiatives in exchange for a neoliberal, fascist order. I have never experienced this much racism until I moved here, writes Kat Zhou, a senior product designer living in Sweden.

I’m what the right-wing in Sweden designates as a “good immigrant,” the kind that has earned proximity to whiteness via my high salary and the high amount I pay in taxes. Having lived here for nearly 3 years, I am completely unsurprised and wholly disgusted by the swing towards fascism in Sweden.

I’m writing this, not for your sympathy, but because I am angry and because I’m aware of my privilege as an American in the tech industry living in Sweden. It is because of this privilege that I am able to speak up.

I moved here just before the COVID pandemic took off in Europe. In the time that I have resided here, I’ve endured everything from verbal attacks to physical intimidation, all explicitly tied to my race. I’ve been subject to countless microaggressions. I’ve been coughed on by a group of teenage boys. I’ve been tutted at by old ladies. As an Asian-American woman, I have never experienced this much racism until I moved here. This country is xenophobic as hell.

In February, two, white Swedish men cornered me outside a train station in the city center and made obscene gestures - mocking my eyes and flicking me off. Multiple white passersby saw this and ignored it, in spite of me being visibly distressed. I reported this incident to the police, sending them clear photos of the men, as well as the timestamp for when they took the train. I even included a consenting witness in my report.

At first, the police told me they would help. I’d check in periodically, but was told excuses - my investigator changed, all interpreters were busy, and so on. Two months later, the case was dropped. They never found an interpreter or contacted my witness. They never tried. I was told to keep the photos of my harassers to myself, because Sweden’s defamation laws protect abusers and compromise victims.

There was another incident this April which I was able to film, where an old lady called me “Asian trash” while I was walking on the other side of the street, minding my own business.I don’t typically speak publicly about my experiences. It wasn't until I showed the video to my mom (a very tough cookie and an immigrant herself) who gasped and exclaimed "how evil is she, to say that to you", that it truly hit me. I'm done complying. No more protecting my attackers.

I shudder to imagine how many racist attacks happen to people of color with far less privilege than me. For those who have reported hate crimes, I wonder how many of them have been ignored.

For the better part of this year, I’ve been silently raging, biting my tongue, knowing that those bigoted assholes are out and about. With the publication of the new government's proposals, it is clear as day who this country aims to protect, and who it aims to harm. I am far more afraid than I should be while walking alone. And I’ve had enough. Especially as I’m watching this absurd right-wing government peddle fascist and blatantly racist tropes about why they need more "law and order."

Let me be clear, I am not advocating for more policing. I don't trust the police here. In the eyes of the police in Sweden, my attack was not deemed an attack, the white perpetrators did not fit their narrative, and I was not seen as a victim worthy of help. Increasing police presence and utilizing “stop and frisk” methods, as proposed by the new government, will only terrorize innocent communities of color.

Some people might say, “if you don’t like it here, go back to your own country”. First, fuck you. And secondly, sure, I can definitely do that. In fact, I just might. I didn’t ask to be in Sweden. The company that generously relocated me from the US actually recruited me for over half a year and practically begged me to relocate here since they were unable to find anyone qualified enough in all of Sweden to do my job.

However, not every immigrant to this country has my privilege – of being wooed over, or of being able to return home. Many people fled from their previous homes due to dangerous conditions, which makes the “send them back” proposals from the right-wing government even more cruel.

In the face of a more diverse society, the white Swedish hegemony actually prefers eroding its social democracy and climate initiatives in exchange for a neoliberal, fascist order that ranks whiteness on top. No, the immigrants and refugees in Sweden have not failed to assimilate. They have tried their best to adapt in a racist and flawed society that at best, pities them, and at worst, hates them, all while benefiting off their labor.

The white Swedish system, the birthplace of eugenics, has failed and continues to fail to see people of color as equal humans.

What a shame that the reaction of this country in the face of failed policies is to capitulate to xenophobia, as opposed to interrogating and confronting the deep-seated racism that exacerbated such failed policies.